Completed Ahead of Schedule - Two Lanes Repaved in Both Directions

The District Department of Transportation (DDOT) has completed the repaving of four of the six lanes on Benning Road, NE. There are now smooth lanes open to traffic, two in each direction, from 16th Street to Oklahoma Avenue.

In April, Mayor Adrian M. Fenty and DDOT Director Gabe Klein announced crews would accelerate the construction by working double shifts to complete the repaving of two lanes in each direction by August 15. The paving was completed this week, nearly eight weeks ahead of schedule.

“We promised the community we would get this work done as quickly as possible,” said Director Klein, “and I’m pleased to announce we’re keeping that promise. DDOT’s engineers and the contractor, Capital Paving, have done a great job and if you drive down Benning you will see and feel the results.”

The remaining roadwork on Benning, from 16th Street to Oklahoma Ave., including the repaving of the two center lanes and installation of streetcar tracks, is still on schedule to be completed in Dec.2009.

Work on the project includes:

The final portion of the project will be the completion of the starburst intersection where H Street, Benning Road, Bladensburg Road and Maryland Avenue come together. That work includes the construction of a plaza with a historical mural and other outdoor attractions for the neighborhood, and is scheduled to be completed in April 2010. 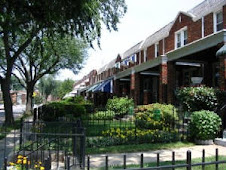